IPL might be over but the ICC T20 World Cup 2021 is on! The tournament has already kicked off with 8 teams competing for 4 spots in the Super 12. India has already registered its name in the top 8 teams who have already qualified for the second group stage that starts from 23rd October 2021. India’s first match is on 24th October, Sunday, where they take on Pakistan in a much-heated opening match for both teams. If you do not want to miss a single match of the ICC T20 World Cup 2021 till the finale on 14th November, here’s how you can watch the T20 World Cup Live from anywhere in India.

Much like the IPL, the ICC T20 World Cup 2021 is also being played in the UAE. So, as far as the IST timings are concerned, all matches will either be played from 3:30 PM or 7:30 PM. Just like the Star Sports network and Disney + Hotstar had exclusive broadcasting rights of the IPL, they too have it for the T20 World Cup 2021.

To stream the matches on Disney + Hotstar, you will need a subscription which starts from Rs.499/year for the mobile-only version and goes as high as Rs.1499/year for the Premium version to watch it on a laptop, pc or tv. There is also a Disney + Hotstar Super plan which is for Rs.899/year and you can stream T20 World Cup 2021 on your laptop or TV. 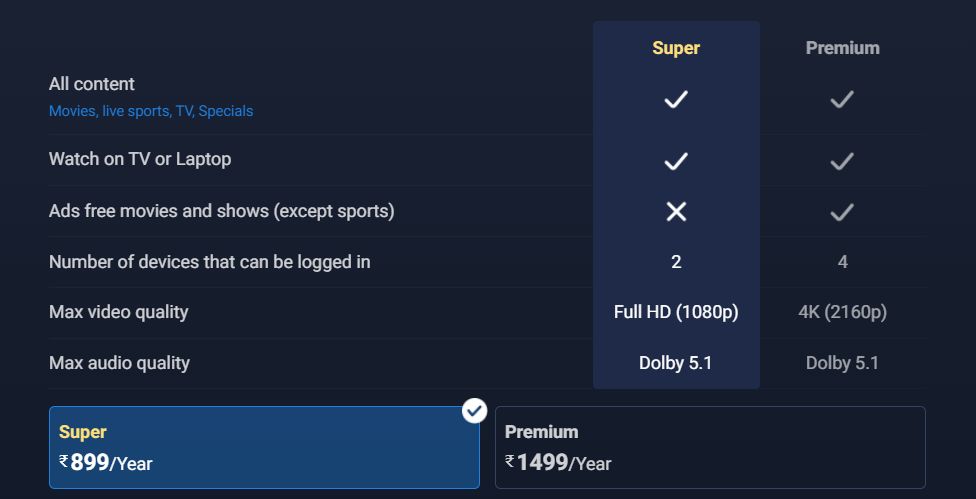 The difference between the 899 and 1499 plans is the number of devices you can log into simultaneously and the resolution at which you can stream. However, if you are planning to buy a yearly Disney + Hostar subscription just for the T20 World Cup 2021, go for the Rs.899/year plan since the World Cup is not going to be broadcasted in 4K anyway which comes with the Rs.1499 yearly plan.

However, there are a number of ways on how to get Hotstar for free if you wish to stream the ICC T20 World Cup 2021 live in India without paying any additional cost.

Besides Disney + Hotstar, every match of the T20 World Cup will be live-streamed on Star Sports channels in SD and HD in multiple languages such as English, Hindi, Tamil, Telugu, and Kannada. You can watch them on your TV via your set-top box from any provider such as Tata Sky, Dish TV, Airtel, Videocon d2h, and so on.

So, these were some of the ways on how to watch ICC T20 World Cup 2021 Live In India. For more such useful articles, don’t forget to check out TechBurner.